Monty Franklin Pierce Stratton (May 21, 1912 – September 29, 1982), nicknamed “Gander”, was a Major League Baseball pitcher. He was born in Wagner, Texas, but lived in Greenville, Texas for a part of his life.

Stratton made his debut with the White Sox on June 2, 1934. He became a starter in 1937, winning 15 games with a 2.40 ERA and five shutouts, and made the American League All-Star squad. The following season, he again won 15 and completed 17 of his 22 starts.

On November 27, 1938, Stratton was hunting rabbits on his family farm when he fell, accidentally discharging a holstered pistol. The bullet struck his right leg, damaging a main artery enough to require amputation. Equipped with a wooden leg, Stratton worked with the White Sox the next two years as a coach and batting practice pitcher.

When World War II started, he tried to enlist but was rejected. Then, he organized a semipro baseball team at Greenville, Texas, and constantly practiced coordination on the field. Throughout the early- and mid-1940s, Stratton attempted to come back from his injury, pitching in the minors and semi-pro games. His return to baseball encountered difficulties because other teams persistently  bunted balls out of his reach, but Stratton finally was able to make a successful comeback, winning 18 games with the Class-C Sherman Twins of the East Texas League.  His comeback attempt was the subject of the film The Stratton Story (Sam Wood, 1949), which starred Jimmy Stewart and June Allyson, with big-leaguers Gene Bearden, Bill Dickey and Jimmy Dykes in cameo appearances. 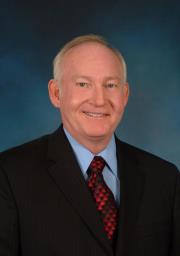